Karina Hernadez postgraduate student at The University of Manchester

It was early on Saturday afternoon in July of 2017 that I arrived in Leicester, UK to what would be an intense and unique learning experience at the Petrophysics Summer School. Organized by the European Petrophysics Consortium and its collaborators and hosted by the Department of Geology at the University of Leicester, UK, the Petrophysic Summer School brought together participants from all over the world. Such participants were representative of a diverse range of backgrounds, constituting experts from both academia and industry all with a common interest, to learn more about the fundamentals and applications of petrophysics.

Later that same afternoon, at the King Richard III Visitor Centre, after receiving a warm welcome from Professor Sarah Davies, I had the opportunity to get to know the other participants. These participants were representative of 17 different nationalities, also from 25 diverse institutions, alongside tutors and organisers of the summer school. I will speak on behalf of myself and also what I observed in the participants when I say that we are very grateful to our course coordinator, Dr. Sally Morgan as she made sure every foreseeable aspect of our stay would be a success.

After having officially broken the ice and mingled amongst our peers and course instructors, we were ready to retire to our beds in eager anticipation of our first day at the Petrophysics Summer School. Dr. Angela Slagle, who came all the way from the U.S. Science Support Program in New York, gave us an introduction to the International Ocean Discovery Program (IODP), which was then followed by an introduction to offshore drilling operations and then the tools involved with downhole logging data by Dr. Gilles Guerin from Lamont-Doherty Earth Observatory (LDEO). Dr. Erwan Le Ber, from the University of Leicester, then gave us a broader view of the work that has been done by the IODP and left us excited about the potential of future expeditions that are currently being planned by the IODP.

This excitement was then further enhanced by two later talks on complimentary subject matter, the first of which was from Dr. Yoshinori Sanada from the Japan Agency for Marine-Earth Science & Technology (JAMSTEC), who talked to us about the drillship D/V Chikyu, an amazing riser drilling-equipped research vessel, capable of deep drilling at sea. The second of these talks was by Dr. Tim Pritchard (University of Leicester), who presented a fascinating lecture on the future of petrophysics, which left us full of provocative ideas and imagining new possibilities for the foreseeable times within the field of petrophysics. For the rest of the afternoon we were given the opportunity to present and discuss our own research.

Nervous and exited we all familiarised ourselves with each other’s work through a series of 2-minute elevator-style talks and poster presentations. By the end of the day, we were very well informed about how the workflow on a drilling vessel is coordinated, alongside how core and downhole logging tools are used and operations conducted.

During our second day, Dr. Peter Fitch from Imperial College London demonstrated his mastery of the art of time management by giving us an exceptionally well rounded introduction to petrophysics. He taught us key concepts and terminology of this discipline, such as providing an explanation as to the different types of rock porosity and the importance of QC, alongside the relevant theory and application of well logs and hydrocarbon and saturation porosity estimates.  All this information was then reinforced by exercises involving calculation of estimating in place hydrocarbon volumes leaded by Dr. Sam Matthews from BP.

The visit to Weatherford, one of the largest tech companies in drilling services and evaluation, completion, production and intervention of oil and natural gas wells, took place during day 3. This visit taught us a lot of the history of well logs, including the design, manufacture and theory behind the well log tools. Later that afternoon, a visit to the British Geological Survey Core Store rounded off the day with a session that was designed to look at sedimentology in cores and to examine the responses of the corresponding logging data to lithology and sedimentary packages. We had the opportunity to look at cores from a range of depositional environments, meanwhile, visiting the Core Store at the National Geoscience Data, where, even as geoscientists, we couldn’t help but feel impressed by the sheer volume of cores stored there.

The following two days were dedicated to intensive training on Techlog by Rudi Mathers. This implemented Schlumberger´s software platform and enables the user to perform basic and advanced interpretation on all wellbore data types, including those of logs, cores and images. On day 5, a core-log-seismic integration practical conducted Angela, an IODP case study using sonic data by Gilles and an industry case study on shale gas by Dr. Jenny Inwood, allowed us to complete our training on Techlog through specific application of the knowledge we had acquired over the previous days.

Finally, Dr. Erwan Le Ber talked to us about the IODP Chicxulub Impact Crater expedition, which he used as an example to later teach us how to design a well logging plan.

To put the cherry on the cake of a well conducted course, alongside the activities, a set of bonus talks was provided for us after our lectures in the late afternoon. Even after a long day of training and staying late to hear talks, this particular aspect was really refreshing and compelling. Dr. Rebecca Bell (Imperial College London) left us amazed with the science involved with the proposals for drilling around the Hikurangi subduction margin of the IODP Expeditions 372 & 375. Next, Petrophysics in the Kitchen by Prof. Mike Lovell (University of Leicester) left us all thinking how valuable knowledge of petrophysics could be in our daily lives, leaving us in no doubt as to whether we should keep tomatoes in the fridge or not.

I must say that the Petrophysic Summer School is a truly great opportunity for training, establishing connections within the IODP community and helping to establish a more closely linked community of researchers from the private and scientific communities. 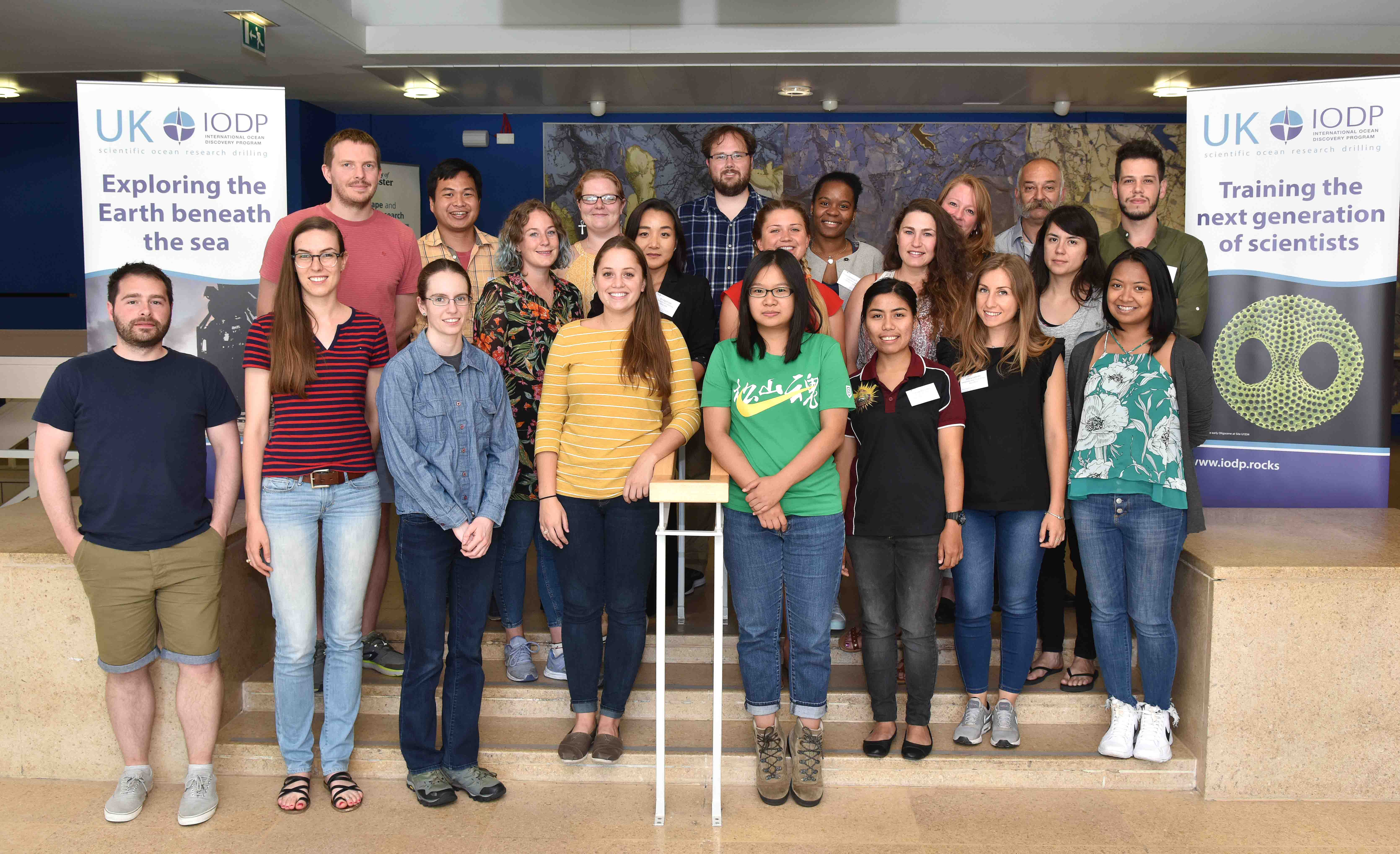